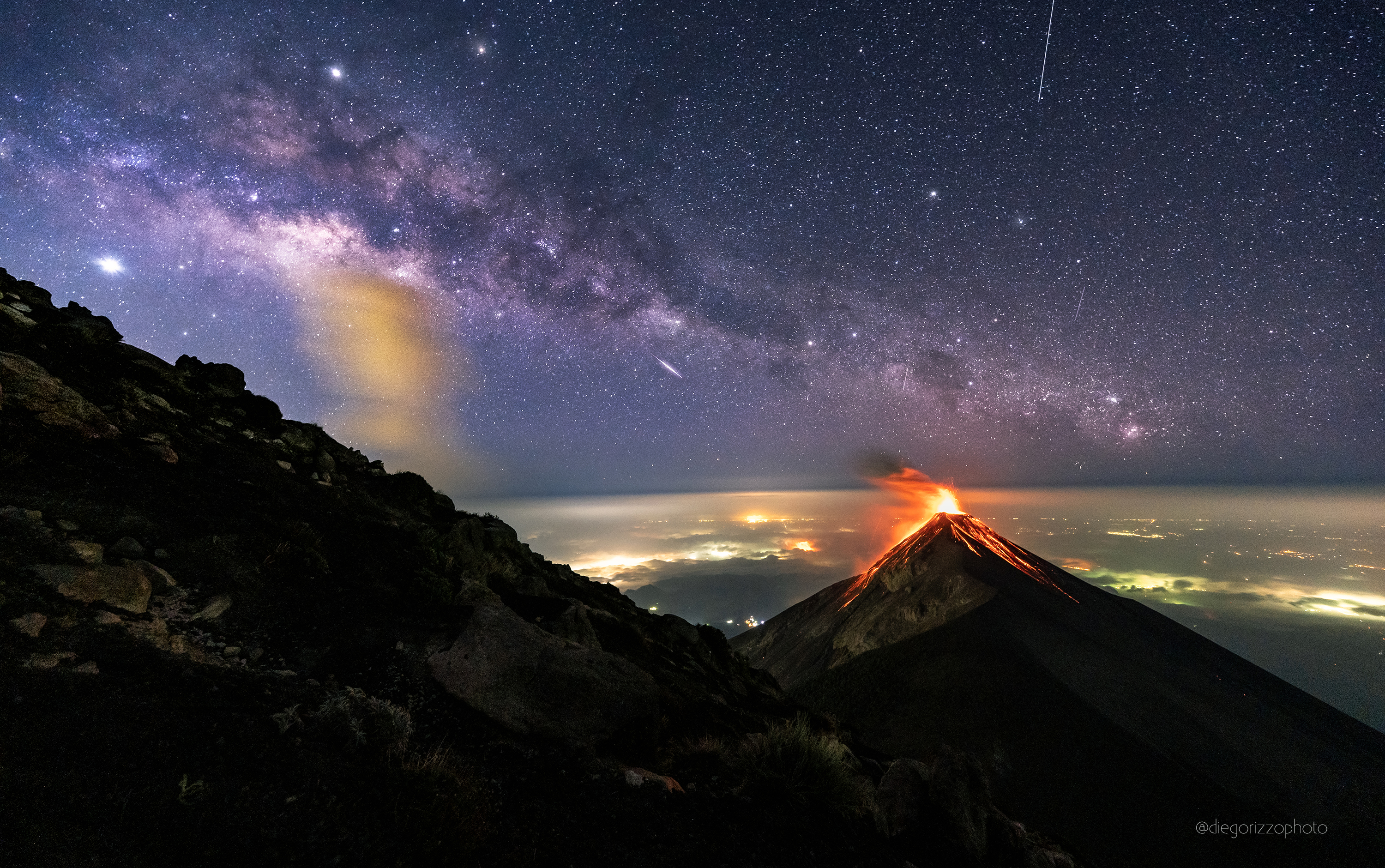 A Volcano of Fire under a Milky Way of Stars
Image Credit & Copyright: Diego Rizzo

Explanation: Sometimes it’s hard to decide which is more impressive — the land or the sky. On the land of the featured image, for example, the Volcano of Fire (Volcán de Fuego) is seen erupting topped by red-hot, wind-blown ash and with streams of glowing lava running down its side. Lights from neighboring towns are seen through a thin haze below. In the sky, though, the central plane of our Milky Way Galaxy runs diagonally from the upper left, with a fleeting meteor just below, and the trail of a satellite to the upper right. The planet Jupiter also appears toward the upper left, with the bright star Antares just to its right. Much of the land and the sky were captured together in a single, well-timed, 25-second exposure taken in mid-April from the side of Fuego’s sister volcano Acatenango in Guatemala. The image of the meteor, though, was captured in a similar frame taken about 30 minutes earlier — when the volanic eruption was not as photogenic — and added later digitally.