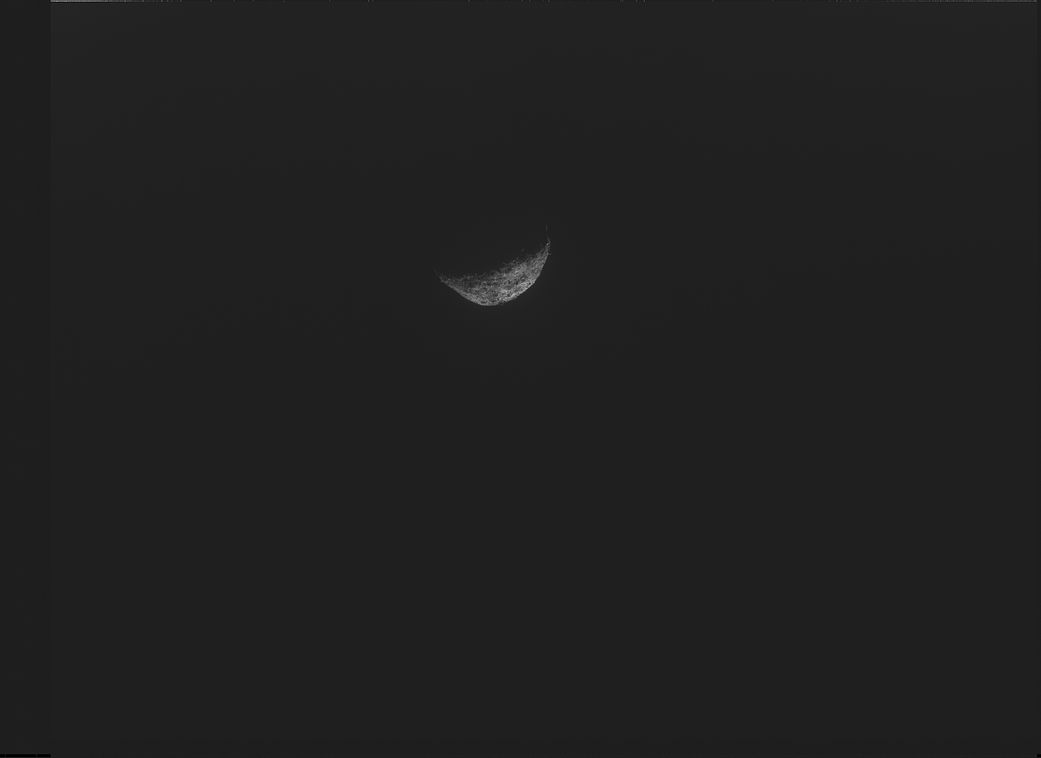 On April 9, 2021, NASA’s Origins, Spectral Interpretation, Resource Identification, Security, Regolith Explorer (OSIRIS-REx) spacecraft took one last look at Bennu, the asteroid from which it scooped up a sample last October. Slated for return to Earth in 2023, the mission is on track to deliver a sample of pristine material left over from the formation of our solar system into the hands of researchers on Earth.

This image, the last one taken by the spacecraft, shows crescent Bennu with its night side merging with the complete black of space as the spacecraft pushed away from Bennu.

For two years, OSIRIS-REx studied the asteroid, revealing the many secrets of this ancient body and delivering clues about its rubble-pile-like consistency and surface terrain, which turned out to be much rockier and more rugged than initially expected from the observations of ground-based telescope.

On May 10, 2021, the spacecraft embarked on its return voyage to Earth. On Sept. 24, 2023, the spacecraft will jettison the sealed capsule containing the sample and send it onto a trajectory to touch down in the Utah desert.