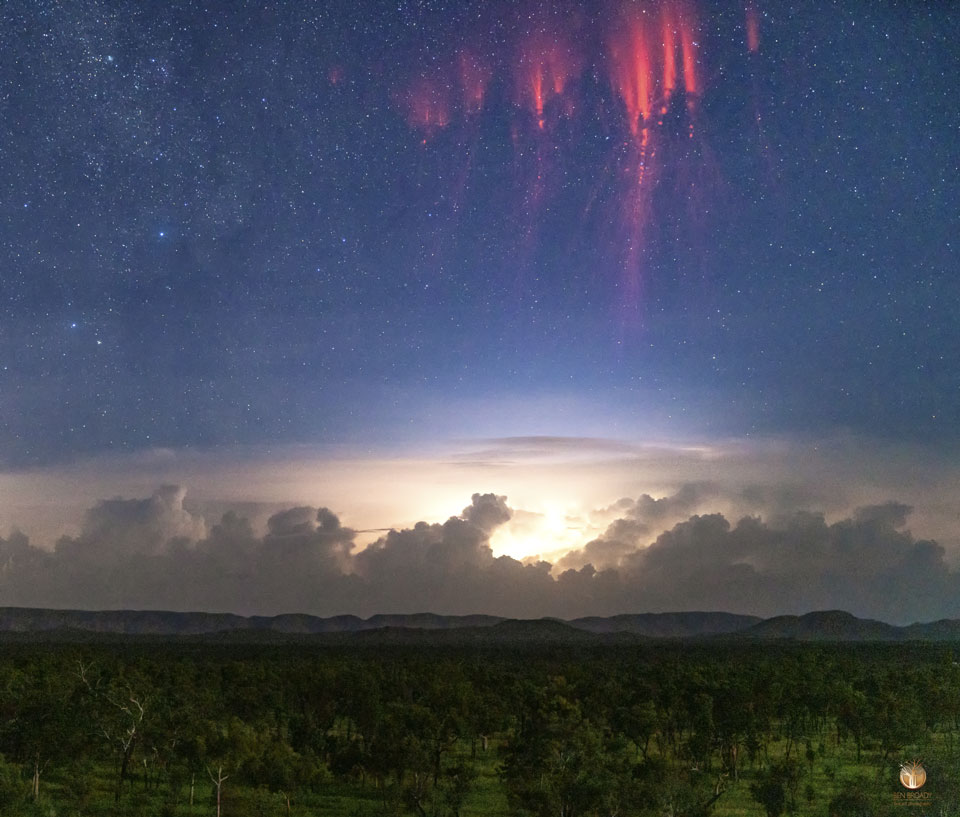 Explanation: What are those red filaments in the sky? It is a rarely seen form of lightning confirmed only about 30 years ago: red sprites. Recent research has shown that following a powerful positive cloud-to-ground lightning strike, red sprites may start as 100-meter balls of ionized air that shoot down from about 80-km high at 10 percent the speed of light and are quickly followed by a group of upward streaking ionized balls. The featured image, taken just over a week ago in Kununurra, Western Australia, captured some red sprites while shooting a time-lapse sequence of a distant lightning storm. Pictured, green trees cover the foreground, dark mountains are seen on the horizon, ominous storm clouds hover over the distant land, while red sprites appear in front of stars far in the distance. Red sprites take only a fraction of a second to occur and are best seen when powerful thunderstorms are visible from the side.