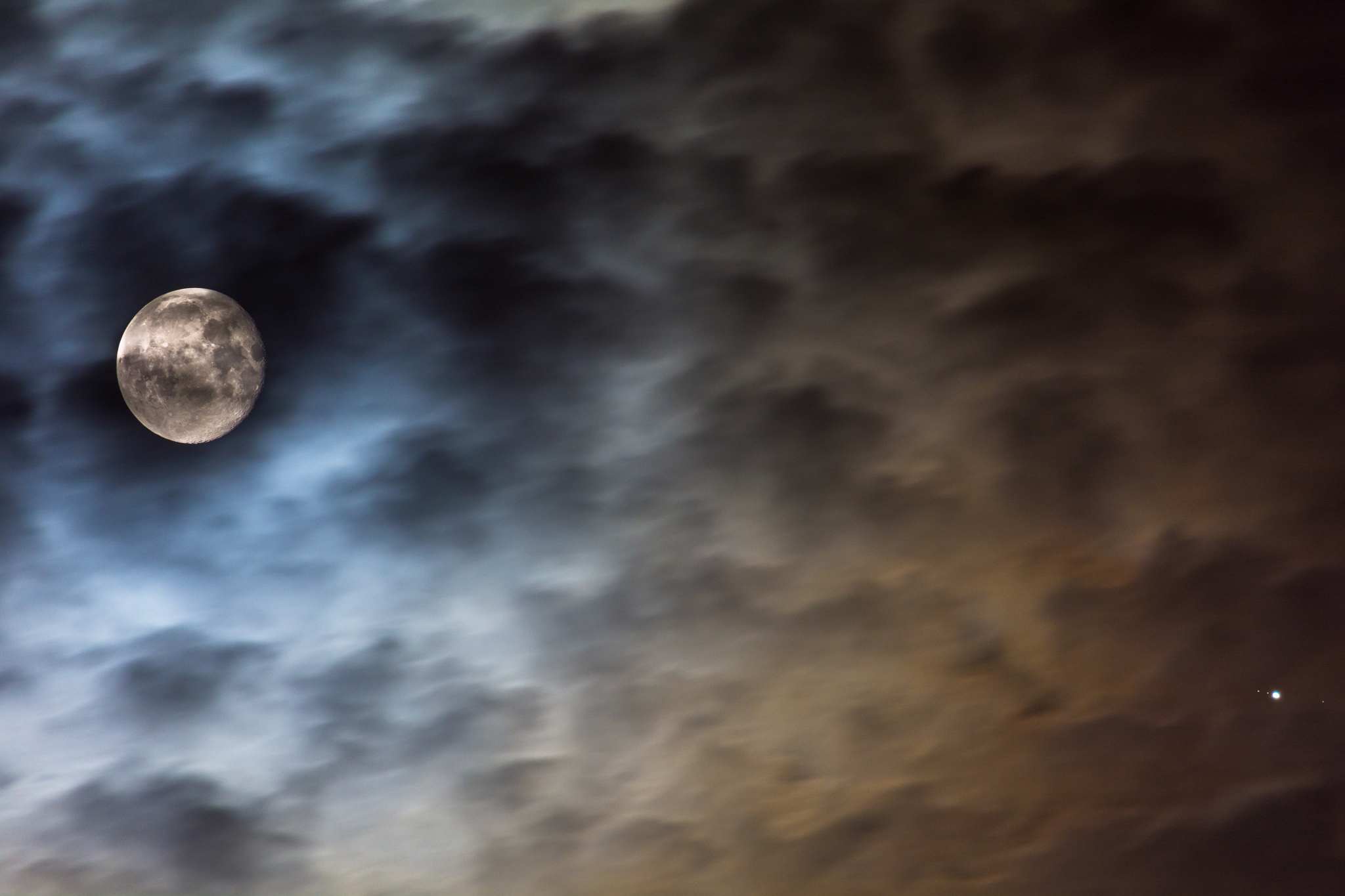 Explanation: On May 20, a nearly Full Moon and Jupiter shared this telephoto field of view. Captured when a passing cloud bank dimmed the moonlight, the single exposure reveals the familiar face of our fair planet’s own large natural satellite, along with bright Jupiter (lower right) and some of its Galilean moons. Lined up left to right the tiny pinpricks of light near Jupiter are Ganymede, Europa, [Jupiter] and Callisto. (That’s not just dust on your screen …) Closer and brighter, our own natural satellite appears to loom large. But Ganymede, and Callisto are physically larger than Earth’s Moon, while water world Europa is only slightly smaller. In fact, of the Solar System’s six largest planetary satellites, Saturn’s moon Titan is missing from the scene and a fourth Galilean moon, Io, is hidden by our ruling gas giant.