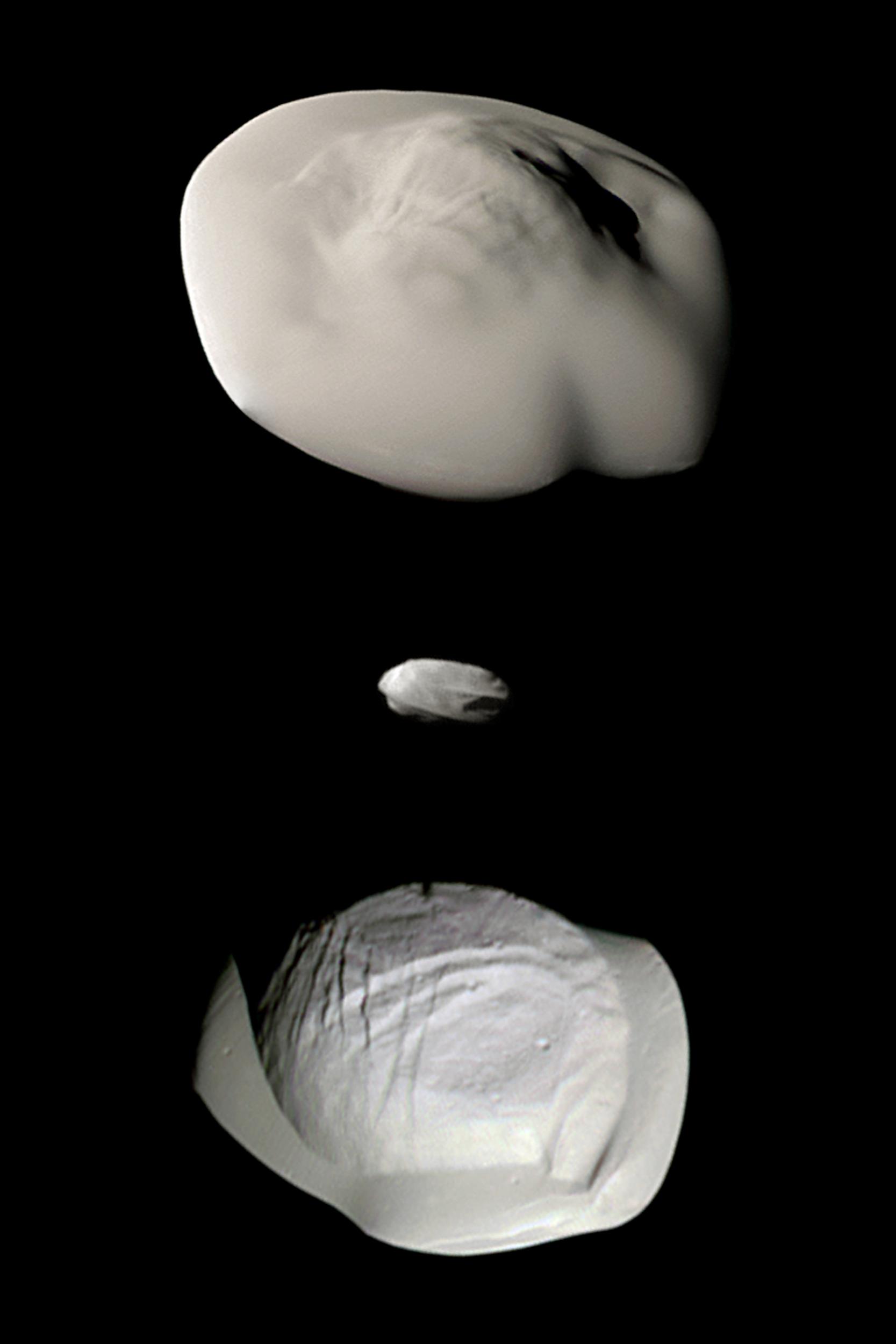 Explanation: Atlas, Daphnis, and Pan are small, inner, ring moons of Saturn. They are shown at the same scale in this montage of images by the Cassini spacecraft that made its grand final orbit of the ringed planet in September 2017. In fact, Daphnis was discovered in Cassini images from 2005. Atlas and Pan were first sighted in images from the Voyager 1 and 2 spacecraft. Flying saucer-shaped Atlas orbits near the outer edge of Saturn’s bright A Ring while Daphnis orbits inside the A Ring’s narrow Keeler Gap and Pan within the A Ring’s larger Encke Gap. The curious equatorial ridges of the small ring moons could be built up by the accumulation of ring material over time. Even diminutive Daphnis makes waves in the ring material as it glides along the edge of the Keeler Gap.