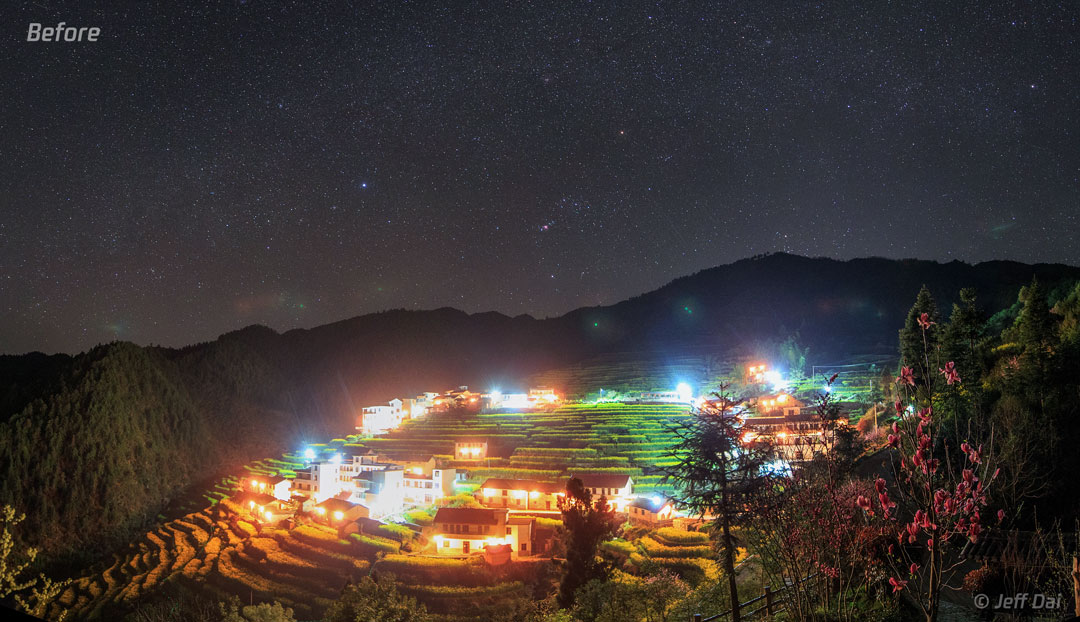 Explanation: Have you ever experienced a really dark night sky? One common and amazing feature is the glowing band of our Milky Way galaxy stretching from horizon to horizon. If you live in or near a big city, though, you might not know this because city lights reflecting off the Earth’s atmosphere could only allow you to see the Moon and a few stars. Today, however, being UNESCO’s International Day of Light, the International Astronomical Union is asking people to Turn on the Night by trying to better understand, and in the future better reduce, light pollution. You can practice even now by going to the main APOD website at NASA and hovering your cursor over the Before image. The After picture that comes up is a panorama of four exposures taken with the same camera and from the same location, showing what happened recently in China when people in Kaihua County decided to turn down many of their lights. Visible in the Before picture are the stars Sirius (left of center) and Betelgeuse, while visible in the After picture are thousands of stars with the arching band of our Milky Way Galaxy. Humanity has lived for millennia under a dark night sky, and connecting to it has importance for both natural and cultural heritage.