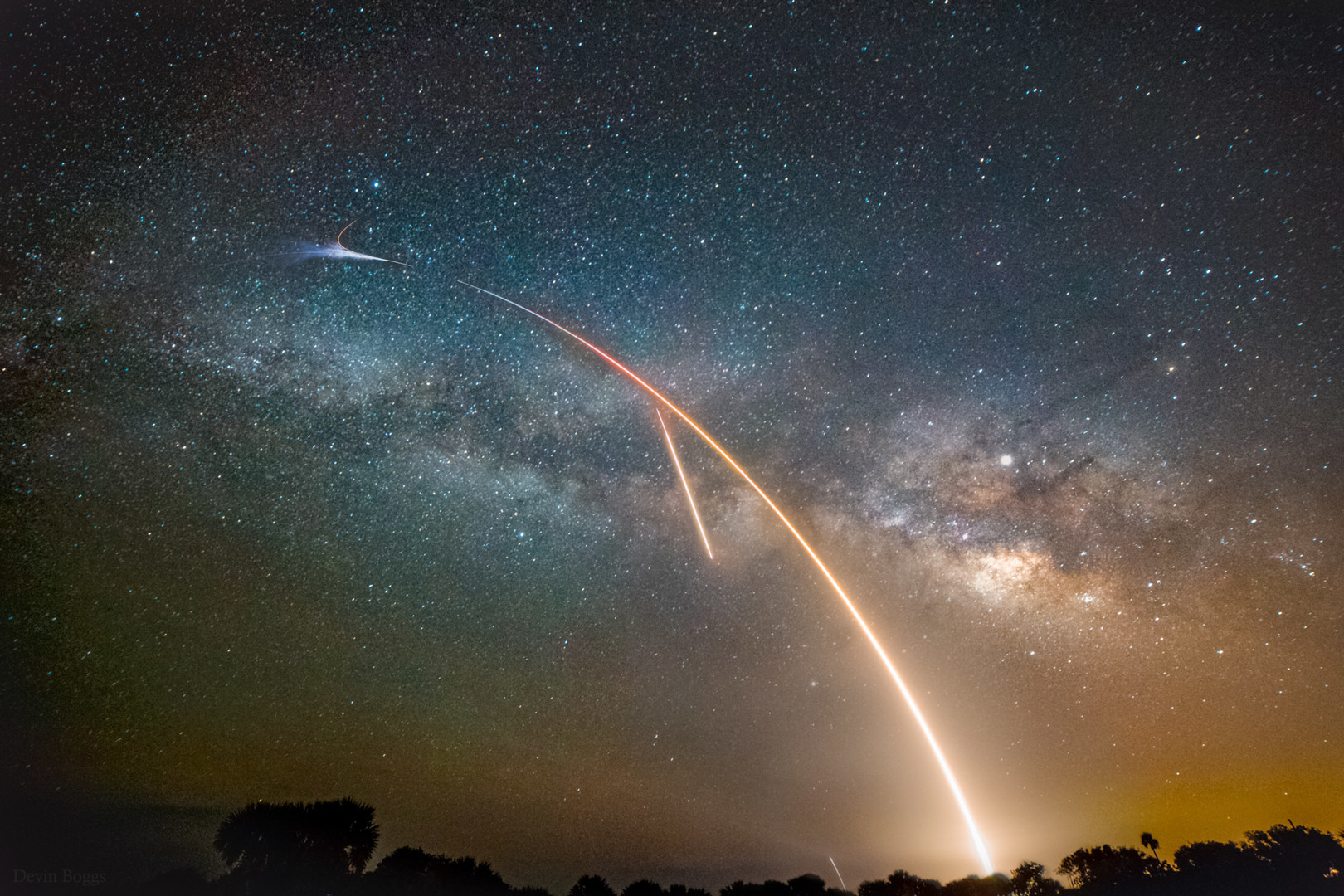 Explanation: The Milky Way doesn’t look quite this colorful and bright to the eye, but a rocket launch does. So a separate deep exposure with a sensitive digital camera was used in this composite skyscape to bring out our galaxy’s central crowded starfields and cosmic dust clouds. In the scene from Merritt Island National Wildlife Refuge, a nine minute long exposure begun about 20 minutes after the Miky Way image recorded a rocket launch and landing. The Falcon 9 rocket, named for the Millennium Falcon of Star Wars fame, appropriately launched a Dragon resupply ship to the International Space Station in the early morning hours of May the 4th. The plume and flare at the peak of the launch arc mark the rocket’s first stage boost back burn. Two shorter diagonal streaks are the rocket engines bringing the Falcon 9 stage back to an offshore landing on autonomous drone ship Of course I Still Love You.