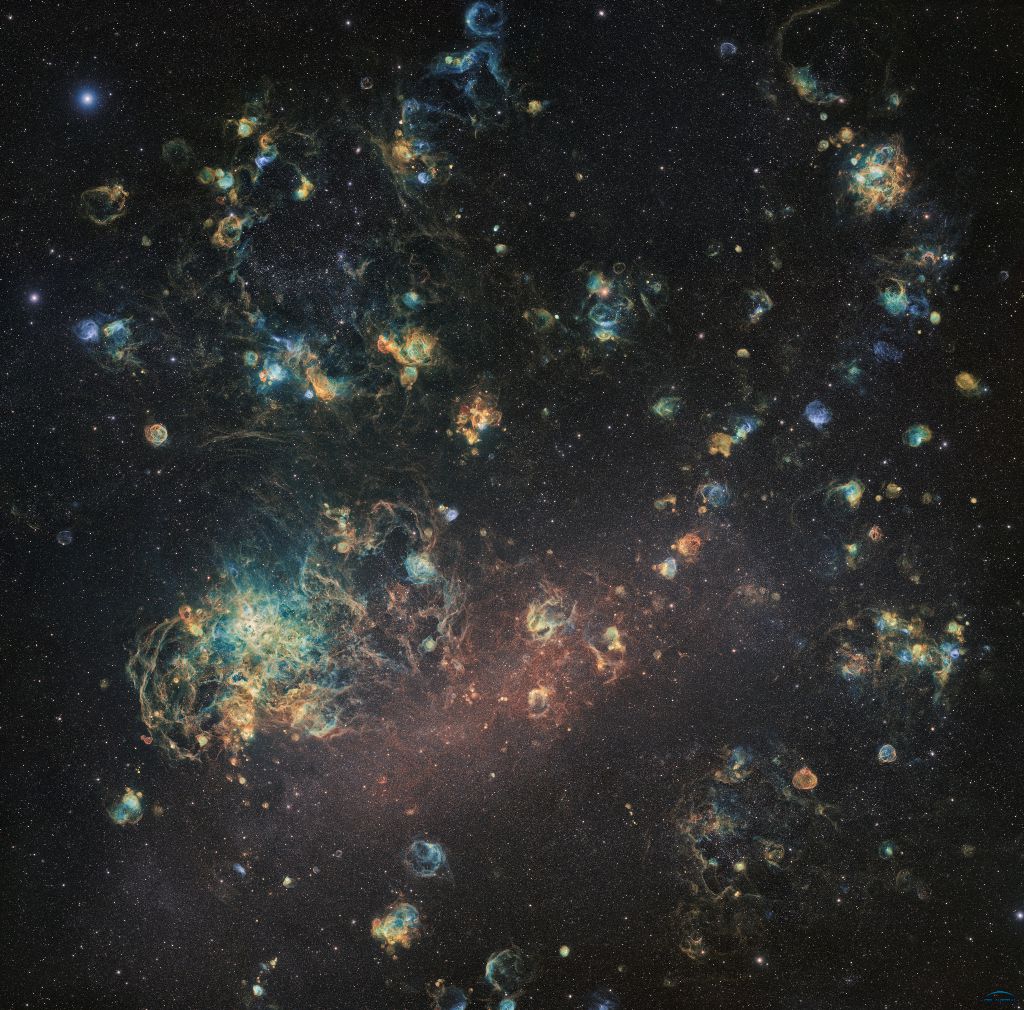 Explanation: The Large Magellanic Cloud (LMC) is an alluring sight in southern skies. But this deep and detailed telescopic view, over 10 months in the making, goes beyond what is visible to most circumnavigators of planet Earth. Spanning over 5 degrees or 10 full moons, the 4×4 panel mosaic was constructed from 3900 frames with a total of 1,060 hours of exposure time in both broadband and narrowband filters. The narrowband filters are designed to transmit only light emitted by sulfur, hydrogen, and oxygen atoms. Ionized by energetic starlight, the atoms emit their characteristic light as electrons are recaptured and the atoms transition to a lower energy state. As a result, in this image the LMC seems covered with its own clouds of ionized gas surrounding its massive, young stars. Sculpted by the strong stellar winds and ultraviolet radiation, the glowing clouds, dominated by emission from hydrogen, are known as H II (ionized hydrogen) regions. Itself composed of many overlapping H II regions, the Tarantula Nebula is the large star forming region at the left. The largest satellite of our Milky Way Galaxy, the LMC is about 15,000 light-years across and lies a mere 160,000 light-years away toward the constellation Dorado.