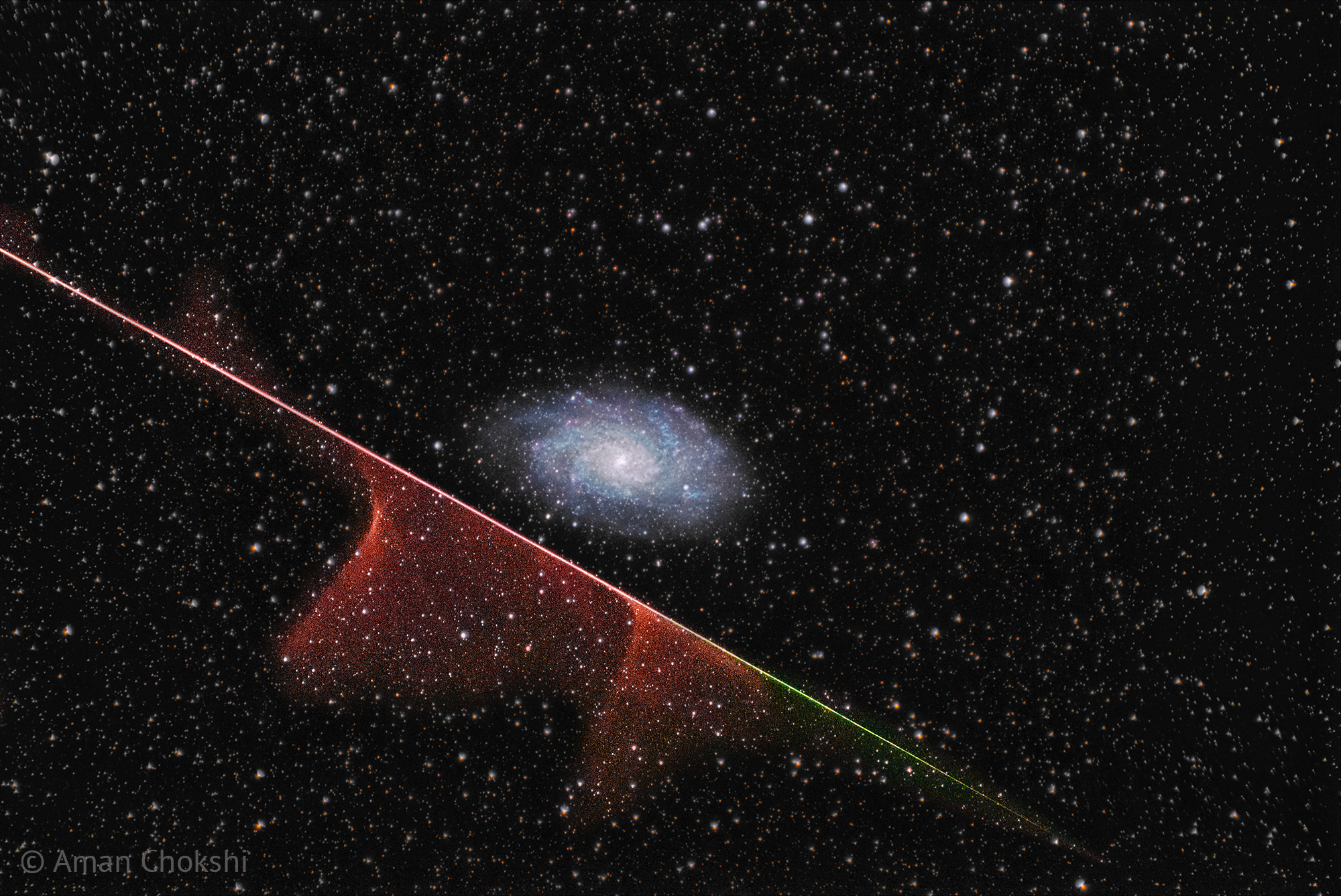 Explanation: The galaxy was never in danger. For one thing, the Triangulum galaxy (M33), pictured, is much bigger than the tiny grain of rock at the head of the meteor. For another, the galaxy is much farther away — in this instance 3 million light years as opposed to only about 0.0003 light seconds. Even so, the meteor’s path took it angularly below the galaxy. Also the wind high in Earth’s atmosphere blew the meteor’s glowing evaporative molecule train away from the galaxy, in angular projection. Still, the astrophotographer was quite lucky to capture both a meteor and a galaxy in a single exposure — which was subsequently added to two other images of M33 to bring up the spiral galaxy’s colors. At the end, the meteor was gone in a second, but the galaxy will last billions of years.