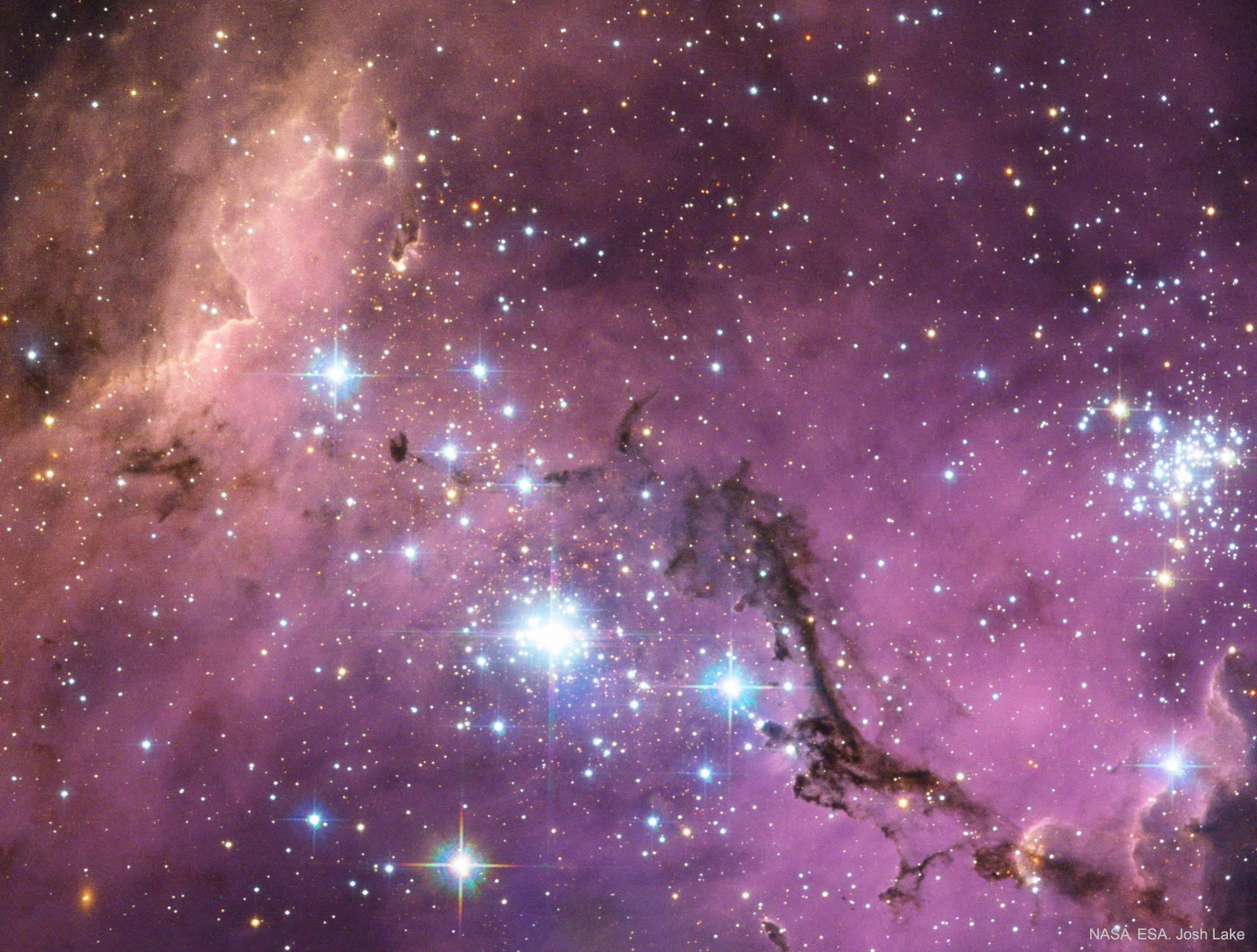 Explanation: Massive stars, abrasive winds, mountains of dust, and energetic light sculpt one of the largest and most picturesque regions of star formation in the Local Group of Galaxies. Known as N11, the region is visible on the upper right of many images of its home galaxy, the Milky Way neighbor known as the Large Magellanic Clouds (LMC). The featured image was taken for scientific purposes by the Hubble Space Telescope and reprocessed for artistry by an amateur to win a Hubble’s Hidden Treasures competition. Although the section imaged above is known as NGC 1763, the entire N11 emission nebula is second in LMC size only to the Tarantula Nebula. Compact globules of dark dust housing emerging young stars are also visible around the image. A new study of variable stars in the LMC with Hubble has helped to recalibrate the distance scale of the observable universe, but resulted in a slightly different scale than found using the pervasive cosmic microwave background.