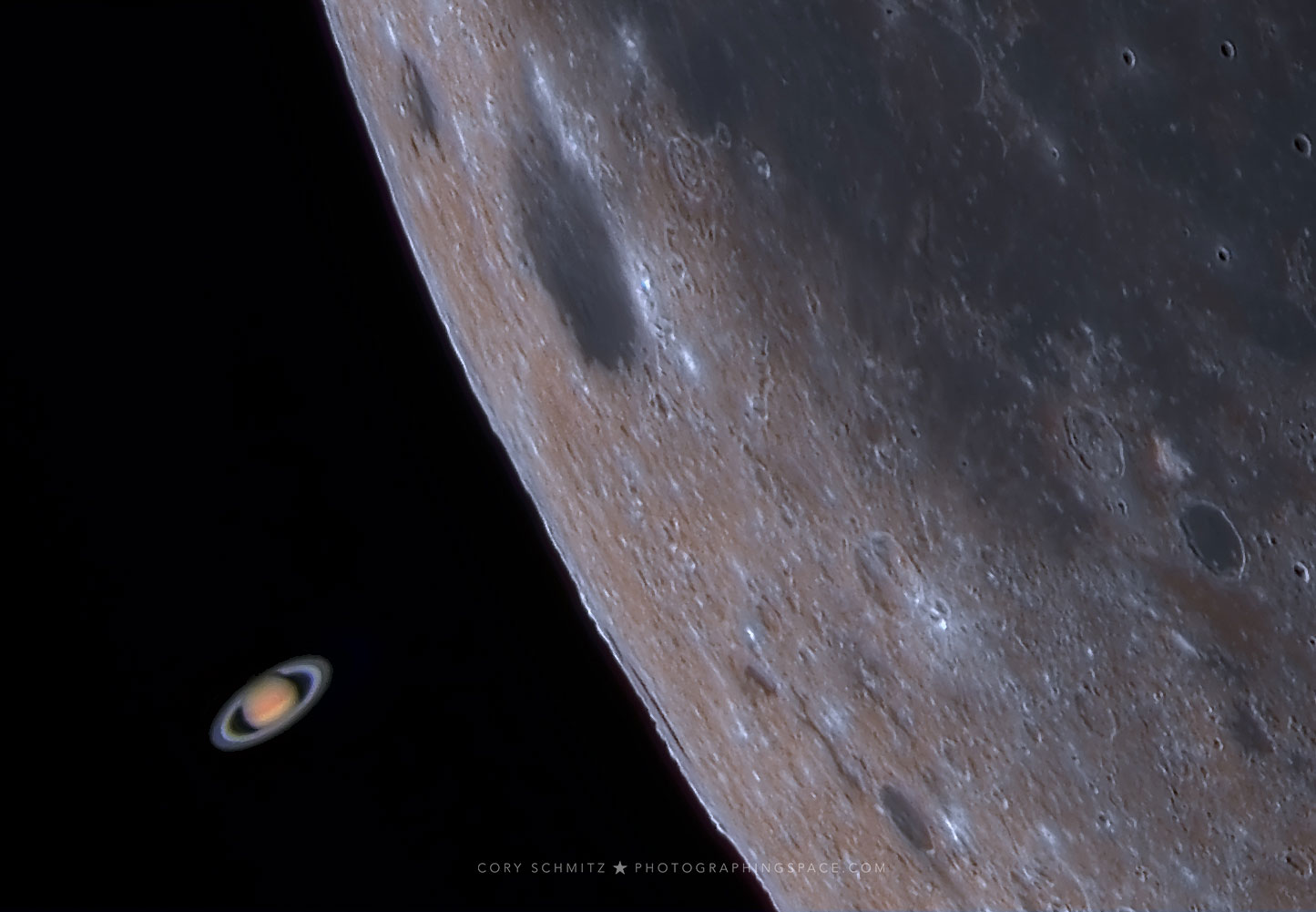 Explanation: Sometimes Saturn disappears. It doesn’t really go away, though, it just disappears from view when our Moon moves in front. Such a Saturnian eclipse was visible along a small swath of Earth — from Brazil to Sri Lanka — near the end of last month. The featured color image is a digital fusion of the clearest images captured by successive videos of the event taken in red, green, and blue, and taken separately for Saturn and the comparative bright Moon. The exposures were taken from South Africa just before occultation — and also just before sunrise. When Saturn re-appeared on the other side of the Moon almost two hours later, the Sun had risen. This year, eclipses of Saturn by the Moon occur almost monthly, but, unfortunately, are visible only to those with the right location and with clear and dark skies.