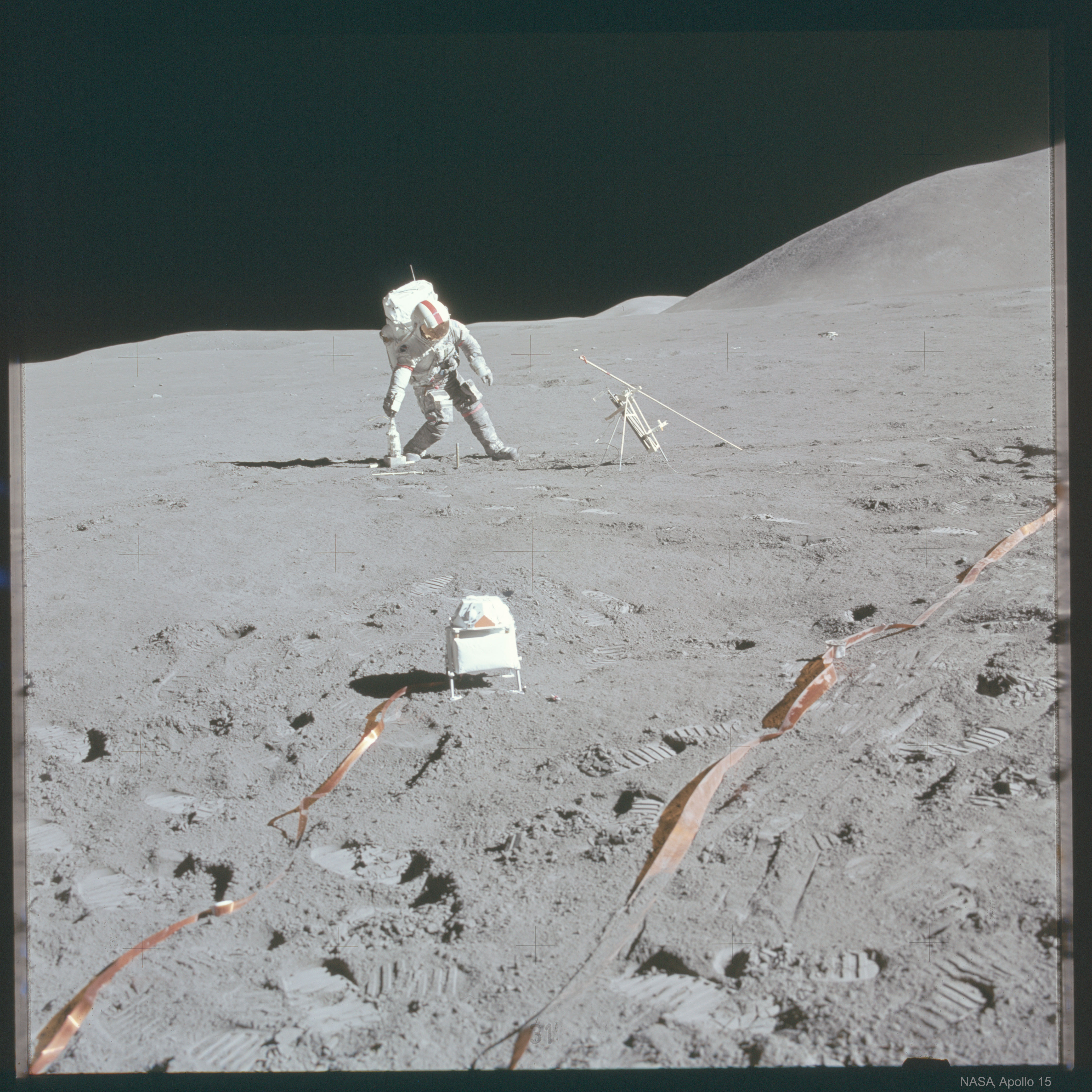 Explanation: Score three points for NASA. With time running out late in Apollo 15’s mission to the Moon in 1971, Astronaut David Scott prepared to split the uprights and bring about yet another dramatic end-of-the-mission victory for NASA. Scott used a special lunar football designed for the rugged games held on the Moon. R1-D1, a predecessor to R2-D2, cheered from the sideline. Happy April Fools’ Day from the folks at APOD. In reality, Astronaut Scott placed a drill that measured how temperature changed with lunar depth. The foreground device actually detected high-energy particles that escaped from the Sun.