M106: A Spiral Galaxy with a Strange Center 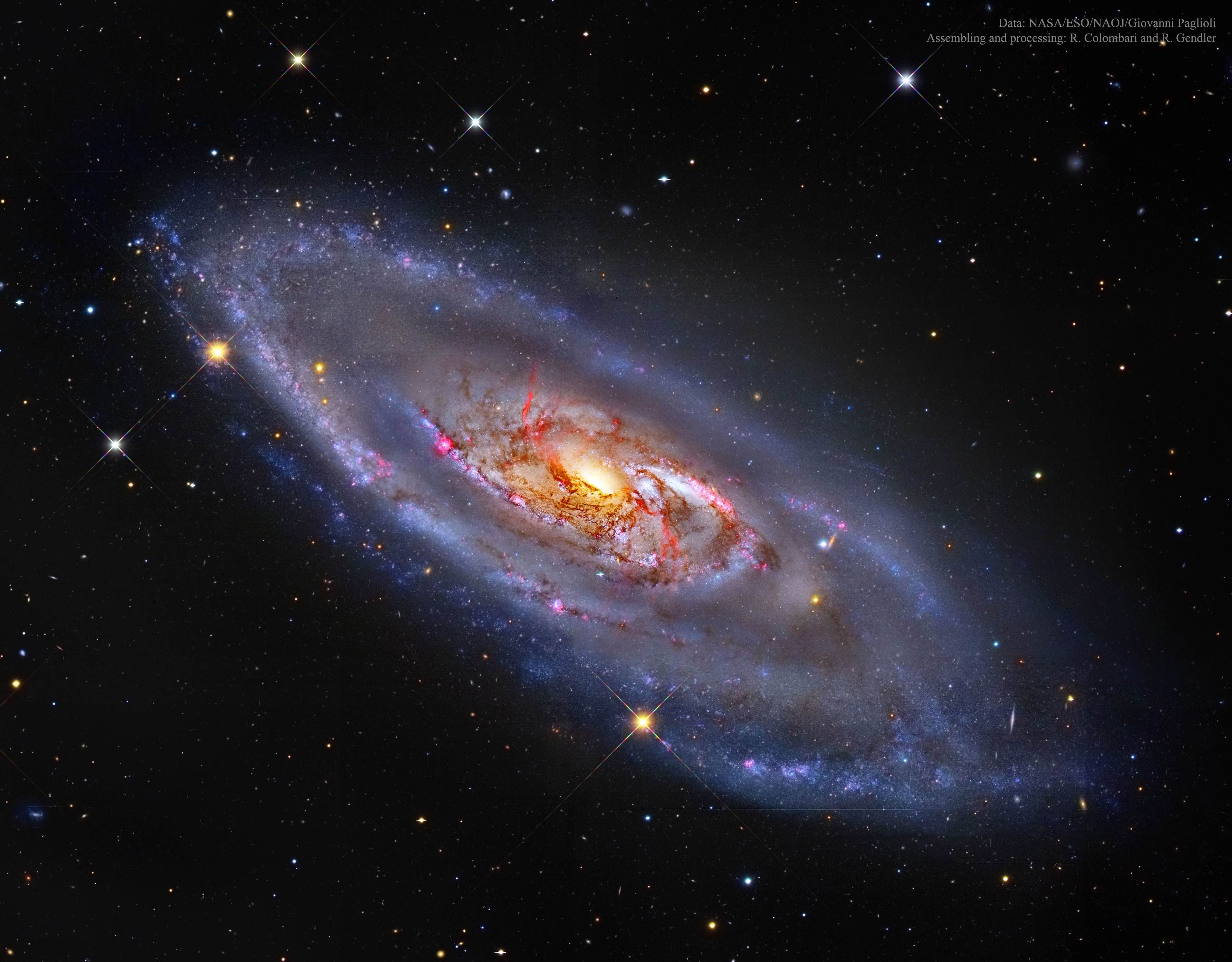 Explanation: What’s happening at the center of spiral galaxy M106? A swirling disk of stars and gas, M106’s appearance is dominated by blue spiral arms and red dust lanes near the nucleus, as shown in the featured image. The core of M106 glows brightly in radio waves and X-rays where twin jets have been found running the length of the galaxy. An unusual central glow makes M106 one of the closest examples of the Seyfert class of galaxies, where vast amounts of glowing gas are thought to be falling into a central massive black hole. M106, also designated NGC 4258, is a relatively close 23.5 million light years away, spans 60 thousand light years across, and can be seen with a small telescope towards the constellation of the Hunting Dogs (Canes Venatici).