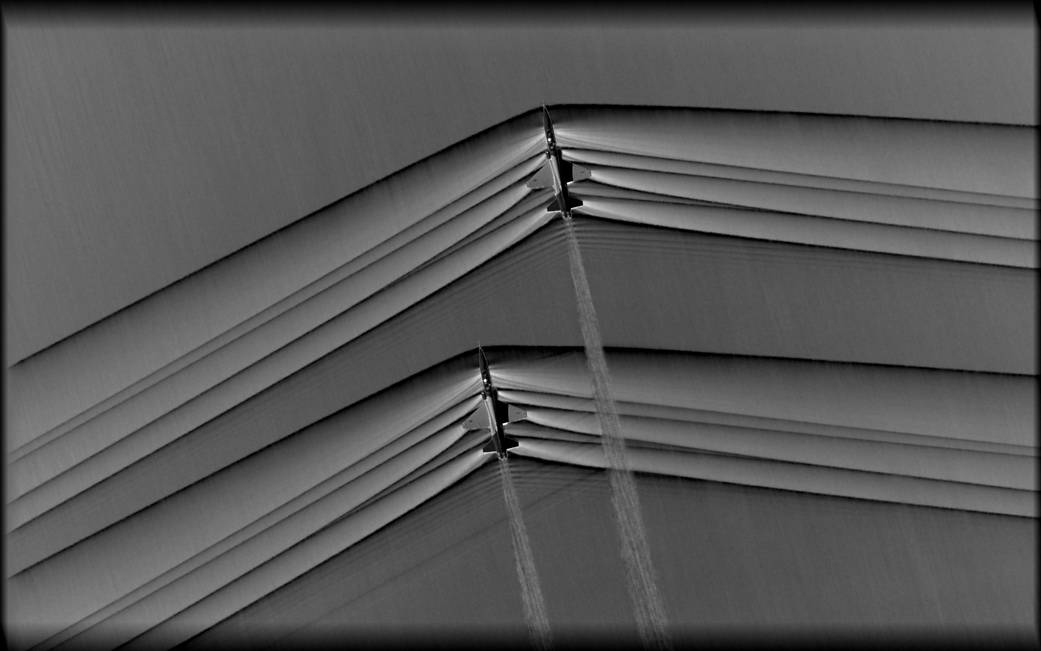 One of the greatest challenges of the fourth phase of the Air-to-Air Background Oriented Schlieren flights, or AirBOS flight series was timing. In order to acquire the image, NASA flew a B-200, outfitted with an updated imaging system, at around 30,000 feet while the pair of T-38s were required to not only remain in formation, but to fly at supersonic speeds at the precise moment they were directly beneath the B-200. The images were captured as a result of all three aircraft being in the exact right place at the exact right time designated by NASA’s operations team.