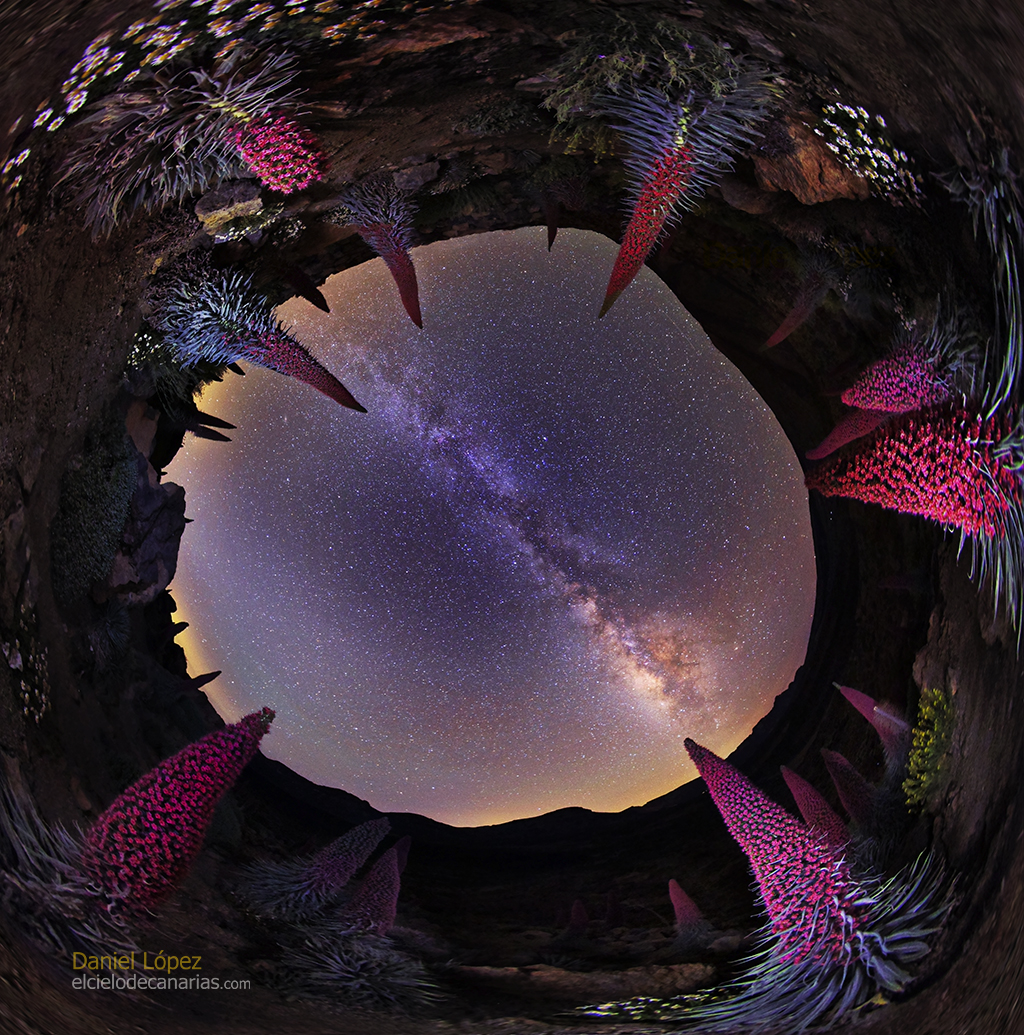 Explanation: What bizarre planet are these alien creatures from? It’s only planet Earth, of course. The planet’s home galaxy the Milky Way stretches across a dark sky in the panoramic, fisheye all-sky projection composed with a wide lens. But the imposing forms gazing skyward probably look strange to many denizens of Earth. Found on the Canary Island of Tenerife in the Teide National Park, they are red tajinastes, flowering plants that grow to a height of up to 3 meters. Among the rocks of the volcanic terrain, tajinastes bloom in spring and early summer and then die after a week or so as their seeds mature. A species known as Echium wildpretii, the terrestrial life forms were individually lit by flashlight during the wide-angle exposures.